Many moons ago, at the tender age of 14, Cal touched his first computer. (We’re using the term “computer” loosely here, it was a TRS-80 Model 1) Since then his life has never been the same. He graduated from TRS-80s to Commodores and eventually to IBM PCs.For the past 15 years Cal has worked with PHP and MySQL on Linux, OSX, and Windows. He has built a variety of projects ranging in size from simple web pages to multi-million dollar web applications.

When not banging his head on his monitor, attempting a blood sacrifice to get a particular piece of code working, he enjoys building and managing development teams using his widely imitated but never patented management style of “management by wandering around”.

These days, when not working with PHP, Cal can be found working on a variety of projects like Day Camp 4 Developers. He gives motivational talks to developers around the world. If you happen to meet him at a conference, don’t be afraid to buy him a shot of Rum.

Cal is based in West Palm Beach, FL – US where he is happily married to wife 1.38, the lovely and talented Kathy. Together they have 2 wonderful kids who were both smart enough not to pursue a job in IT.

Cal’s middle name, Collins, is in honor of Colin P. Kelly, Jr., the first American hero of WWII. (Nobody knows where the nickname “Cal” came from.) 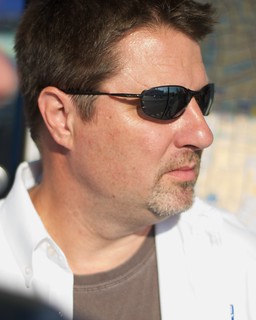 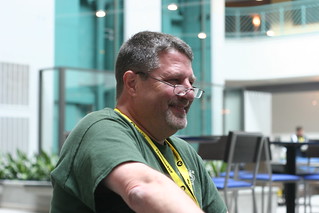 Permission is hereby granted to use any of the content and/or images in this page in any publication as long as it is not modified and proper attribution is given.

Rob Allen has graciously granted permission to use his picture of me as long as credit is given. You can confirm this with him through his Flickr account, akrabat.

Matt Trask has graciously granted permission to use his picture of me as long as credit is given. You can confirm this with him through his Flickr account, Matt Trask.

Except where noted, the copy and images are (c) Cal Evans.